How It All Got Started

My name is Evinda Lepins, the founder and president of CPM (Chicklit Power Ministries ) doing business as Trench Classes United. I am humbly amazed as I rewind the  years and relive the formation of this ministry that began with writing a book back in 2008.  When I finally finished my first book, originally titled “The Men in and out of Her Life,” I was told I needed a website and so began the upward climb while awaiting publication. The URL www.chicklitpower.com  was available. Thereafter, the  blog, Coffee Hour @ Chicklit Power was born. I didn’t even know what a blog was but quickly learned and wrote a series called “Loving the Unlovable/Difficult People in Your Life.” From that series, and upon several requests, my book team and I hosted a workshop...and so began the ride!
Below is a sort of chronological tracking of this amazing roller coaster ride that has been filled with ups and downs, twists and turns and thrills beyond my wildest imagination as a non-profit organization passionate about helping others learn how to thrive, not just survive, in life and love was created from a desire to write a book:
In 2008  -The Men In and Out of Her Life completed, a website was created, a blog developed and another book completed which began the Coffee Hour Series, A Cup of Encouragement for the Day, which was available at our first workshop. A few months later, we hosted another workshop and CPM  was born with the mission of appealing to the masses to help them thrive in life and love.
In 2009, Steve (my former therapist, book team member/board member) hosted a Blog Talk Radio show that continued for two and a half years and talked about every type of relational issue you could imagine! The next couple of years were packed with more writing, more workshops, book signings and growing our audience.
In 2011, He called me off the workshop stage and into the trenches to prepare for what was next: Relationship Trench Classes, which were based on the book How We Love (Milan and Kay Yerkovich). We hosted these classes for two+ years.
In 2012 we obtained our Non-Profit status!
In 2013, while hosting the relationship trench classes, I finally embraced His calling on my life as He led me to write a four-part curriculum called Transform, An In-depth Study to any Wound, Weakness or Worry, and we spent the next three years fine-tuning Transform, developing leaders and facilitators and here we are, today!
The reason I share all this is to emphasize that all He needs is our availability and He promises to take you on a ride in life that will refine, reorganize and refresh your life in a way that will exceed all expectations imaginable! I am living proof that He doesn't call the qualified; He qualifies the called and longs to lead you to your Destination? Joyful! (tm) 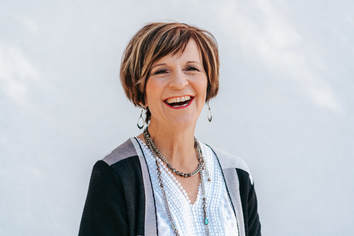